Press
“He has that psychedelic quality to his work…” 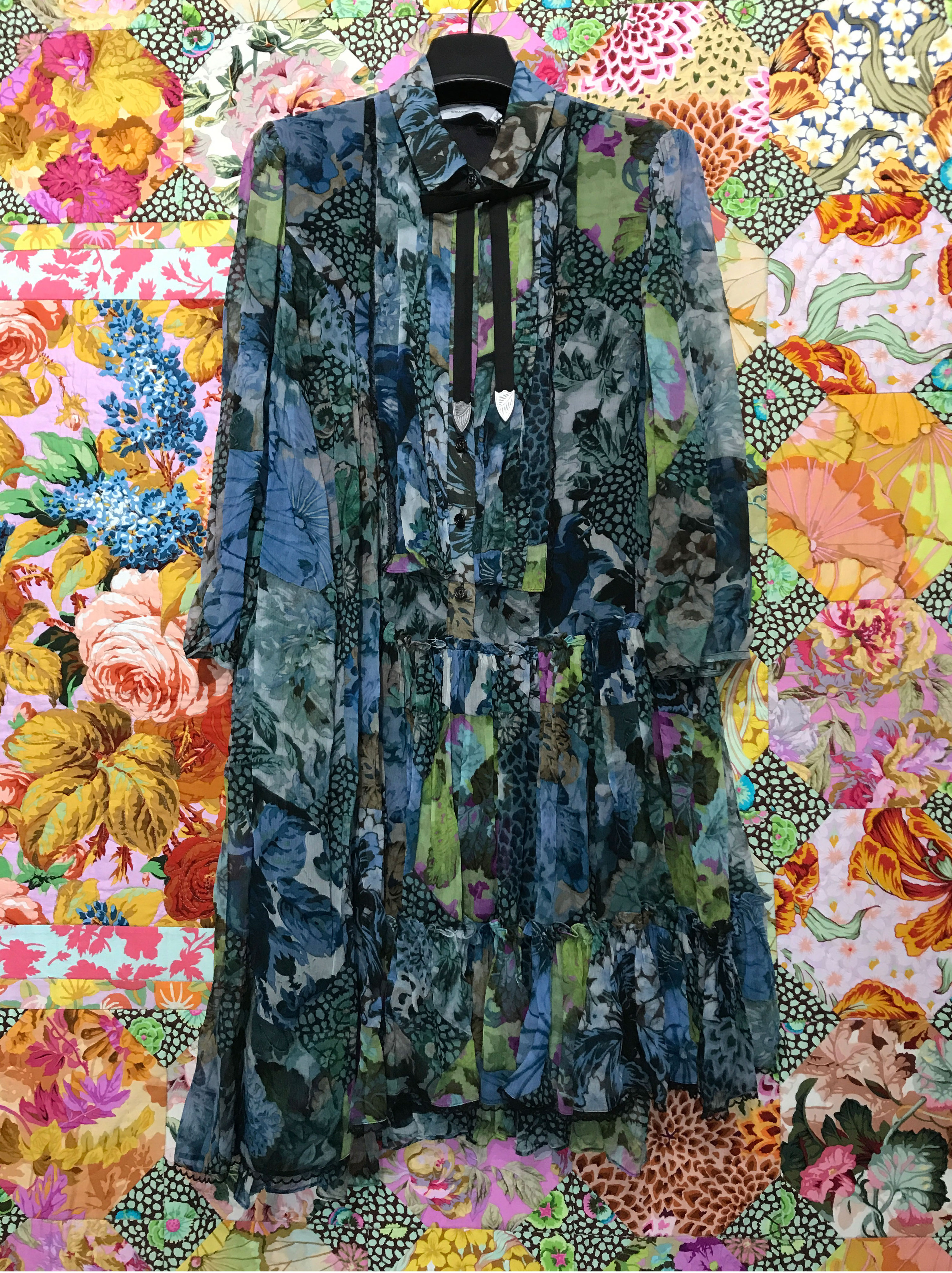 At Coach, Stuart Vevers joined in on the chilled-out mood. “I knew I wanted to have more colour,” he said, echoing that couture-centric year in fashion. He collaborated with arts and crafts guru Kaffe Fassett, the 81-year-old pattern and textile designers, whose inimitable sense of colour featured in the motifs used throughout the collection, in the vivid pastel dyes of shearling jackets and the sumptuous patchworked jackets that looked opulent brocade. “He has that psychedelic quality to his work, but also that West Coast robust aesthetic. A lot of attitude,” the designer reflected, explaining how Fassett’s work had eventually made him arrive at a new idea of psychedelia for Coach. “I was thinking about what psychedelic means: opening your mind and letting new things in,” Vevers pointed out, and it was attitude that served him and his brand well. Rodarte had been longing for the West Coast as well. So much so that the brand moved its show to Los Angeles and out of a New York schedule that could do with their point of view.